Lefkada is one of the most breathtaking Greek islands and it is located in the heart of the Ionian sea, connected with the mainland by a small bridge. Lefkada (or Lefkas) is easily accessible, hospitable and lively – a recipe for the perfect summer holiday. The principal town of the island and seat of the municipality is Lefkada. It is situated on the northern part of the island, approximately 25 minutes by automobile away from Aktion National Airport.

What to do on Lefkada

The most popular beaches

Ready to dive into paradise? This is where turquoise meets azure against a backdrop of white sand, white cliffs or smooth white pebbles. Vast exotic beaches, bays, cliffs that plunge into the sea and a forest of pine trees that tumble intoxicatingly towards the coast. And what a coast! Kathisma, Egremni, Milos, Pefkoulia, Myli, Ammoglossa ... beaches that trip off the tongue. And the island’s number one star, Porto Katsiki. Every swim here seems unforgettable.

Set sail to the islets around Lefkada

At Nydri, row upon row of masts sway to the rhythm of the wind, always poised to cast off. Untie those ropes and set sail in the Ionian’s azure waters for delightful hideaways like Pringiponisa, Meganisi, Kalamos and Kastos.

Near Nydri, you’ll find Skorpios, the one-time summer refuge of legendary shipping tycoon Aristotle Onassis. He bought it in 1963 and decorated it with all types of trees and exotic plants. Elizabeth Taylor, Richard Burton, Winston Churchill, kings, dukes, shipping magnates and, of course, Jackie O … all took part in famous parties and celebrations on Skorpios and on Onassis’ yacht, Christina, where they discovered the magic of the Ionian Sea. He was buried here in 1975.

Board, boom, sail… and we’re off to windsurf in Vasiliki and Ai Gianni, two beaches loved by windsurfers and home to the International Regatta. If you prefer kitesurfing, Myli, near Lefkada town, is ideal. And if you’re even more courageous, you can paraglide at gorgeous Kathisma beach. Or soar through the sky with one of the Aeroclub’s prop planes or light aircraft.

The legend of Cape Lefkata

When you get here, the legendary energy sweeps you off your feet. At the spot where a lighthouse now stands, 60m above sea level, was the Temple of Lefkata Apollona, where sacrifices were made to the gods in ancient times.Sacrifices to the gods were eventually replaced by the sacrifices of desperate lovers. The poet Sappho was allegedly the first to jump in 570 BC and the dramatic white cliff is named Sappho’s Leap after her. It has also been called Kavos tis Kyras (Lady’s Cape), after the love-struck girls who also threw themselves to their deaths here.

From the castle of Agia Mavra to Gyra

When you enter the town, you’ll be welcomed by the castle. In 1300, the Venetian leader Giovanni Orsini received Lefkada as a dowry and began fortifying it with seven bastions on seven sides. Inside, you’ll find the church of Agia Mavra, patron saint of Lefkada, celebrated on May 3 with a huge feast day. From the castle to the northwest side of town, there is a thin strip of land, 7km long that encircles the Gyras Lagoon. The red villa Kalkani, windmills and fishermen’s homes adorn this unique wetland, along with numerous species of protected birds.

Surprises in the alleyways of Lefkada

Like the playful breezes, you will whirl around the town’s alleyways, where you’re in for a whole series of surprises: in the lively squares and sidewalks, stores and churches, 17th and 18th-century architecture, impressive steeples, exquisite temples and Ionian icons. Here, you’ll be struck by the coloured sheet-metal facades of the houses’ upper floors. It’s a unique local ‘life hack’ devised to minimise earthquake damage.

Cars are prohibited here, so you’ll explore this traditional settlement on foot. It’s a charming little marina, where, amongst the trees, fish tavernas, water’s edge cafes and bars, small hotels and stone-clad cottages abound. From here, you can take a caique to the exotic and beautiful Myli nearby.

The grove, which embraces the western side of town, was planted by order of the Venetians in the 17th century. You’ll enjoy a walk or a bike ride through the immortal olive trees.

Follow the shady path under the planes, until you come upon a unique vision: water cascading with great force over enormous rocks into a radiant blue lake. You won’t be able to resist a dip.

Small in size but great in flavour. Cooked in large cauldrons by the village women on Agios Donatos’ feast day (August 7) on the plateau above the village. A festival on your plate! 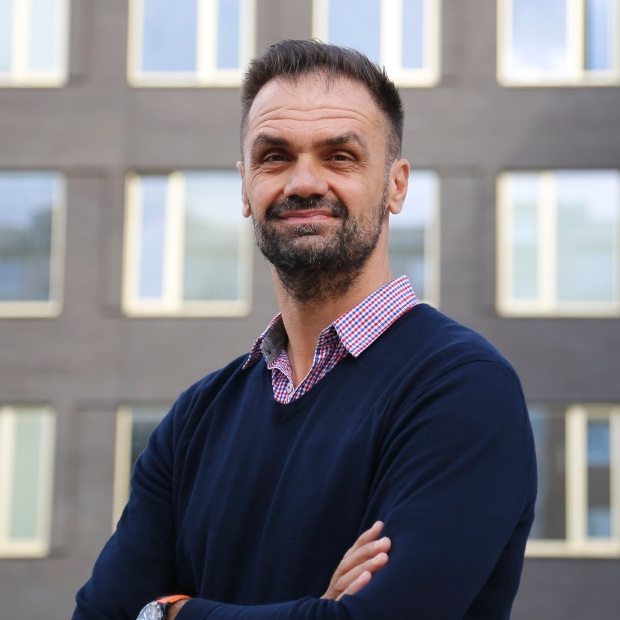 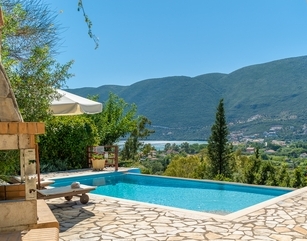 We also have a “secret” list of off-market offers of fantastic vilas and other interesting investment opportunities which cannot be advertised publicly and officially due to the nature of their sale and can be only offered to individual prospective buyers. Contact us